"A superb work of a wonderful writer." Charles Baxter

It's 1978 and a typical January day in Minneapolis - except for Kevin Doyle, whose mother died two years ago when her car plunged into the icy waters of the Upper Mississippi. A high school senior, Kevin is a marginal student obsessed with keggers, rock and roll, maintaining his place in the pecking order of high school males, and - unbeknownst to anyone else - a boy in his school with thick eyelashes and a bad attitude. As lonely women vie for his father's attention, Kevin discovers his father's own closely guarded secret: At the time of his wife's death, he had planned to abandon his family for another woman. More disturbing, Kevin's mother's death may well have been a suicide, not an accident.

In the coming year, a series of painful truths threaten the shatter the tentative bonds between father and son and wreak havoc on the lives of those nearest to them.

"The Year of Ice is a grabber from the get-go...Family dysfunction, honor, and honesty are all major themes, filtered through the limitation's of a teenager's mind-set and handled with deft humor." - Minneapolis Star Tribune

"An impressive debut...it's Malloy's voice and his attention to detail that resonate so beautifully." - Out

"Malloy's supporting characters are complex and fascinating...but it's Kevin himself who makes the novel, a kid with problems serious and mundane who still gets by without losing his mind, his heart, or his sense of humor." - Philadelphia Inquirer

"It's a beauty, whatever you call it." - Booklist

"Malloy has a keen sense of time and place, of humor and character, and most importantly, he has a big heart that reveals itself on every page of this fine novel." - Lorna Landvik, author of Angry Housewives Eating Bon-Bons


"The Year of Ice will surprise and move you. It's darkly brilliant, treacherously funny, absolutely convincing. This is a debut to heed, a writer to cherish." - Paul Russell, author of The Coming Storm 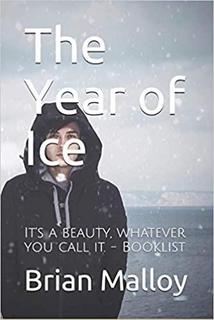