Why I’m Writing a Sequel to The Year of Ice 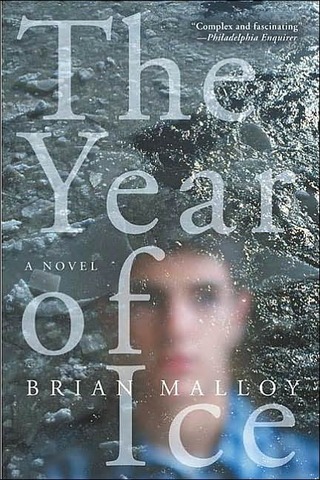 It began at an equity training for teaching artists at the Loft Literary Center, a nonprofit where I frequently teach, and used to work as a grant writer. (The Open Book building in Minneapolis? You're welcome.) The equity trainings are peer-facilitated discussions for the mostly white teaching artists on classroom diversity, inclusion, and so on. Yes, I'm a bit jaded, I've been going to workplace diversity trainings and their various spin-offs for almost 40 years.

At this session, the facilitator introduced me to OwnVoices something I had never heard of before, so I decided to investigate. In her essay #OwnVoices: Why We Need Diverse Authors in Children's Literature, Kayla Whaley argued that "Time and again, marginalized people have seen their stories taken from them, misused, and published as authentic, while marginalized authors have had to jump hurdle after hurdle to be published themselves. Many feel they must fight to receive even a fraction of the pay, promotion, and praise that outsiders get for writing diverse characters' stories, and that's when they're allowed in the door at all."

I teach creative writing as an adjunct instructor, and "cultural appropriation" is something that comes up frequently in the classroom. I am old-school. We live in a western liberal democracy, so write whatever the hell you want, just make sure you've done your homework – even in fiction – and that its well-written. I've had to defend the shrinking number of white straight cisgender (it's hard to keep up) males in my classes who wanted to include characters in their stories who represent the world we live in. The social justice warriors snapped with accusations of male privilege, white privilege, straight privilege, cisgender privilege, etc. They told these white, straight, cisgender men to "stay in their lane." I said then, as I say now, writers can write about whatever the hell they want to write about.

So, when it was my turn to facilitate the equity discussion, I decided to push back, using as examples two novels written about my generation of gay men – the AIDS generation. We are the gay men who survived and did not survive the horror of the first decades of the pandemic (and no, it is not over). Neither book I chose is by a gay man, let alone a member of the AIDS generation. One, The Great Believers, is a critically acclaimed bestseller, the other, originally titled Blood Makes Noise, is a young adult (YA) novel that sold at auction and will be published this year. Both books are by heterosexual women.

The Great Believers author Rebecca Makkai has candidly stated "It's about gay men; I'm a straight woman. It's about HIV/AIDS; I don't have it. The story begins in 1985 Chicago… I was born in 1978 and spent 1985 reading about dinosaurs." She has also stated, "I don't need to apologize for writing across difference; I need to apologize if I get it wrong."

In response to criticism in the tweet-sphere, Blood Makes Noise author Helene Dunbar tweeted, "…there are currently NO YA books about this time in this context. I am not taking space from a gay male author. Feel free to write one. Seriously. Teens today need to know what it was like."

I included their statements in my PowerPoint (I love PowerPoint), along with some other comments, including these:

I asked the group: Are these novels examples of cultural appropriation? Did these works take stories away from marginalized groups? The teaching artists, all good progressives, were supposed to emphatically shout: "YES!" And then I was cleverly going to shock them to their very cores with my response: "No! Writers can write about whatever they want!"

But that didn't happen.

The response, particularly one from an outspoken OwnVoices advocate, surprised me. She stated AIDS was a historical event, like slavery. (I never considered myself a historical event before.) Even when I turned the subject to Male/Male romance and erotica written by straight women for straight women – a huge genre - people wrote it off as fantasy, so what's the problem?

Robbed of my moment, I reconsidered a tweet by Adam Saas: "But to promote OwnVoices everywhere else, yet continually undermine gay men's authority and ability to advocate for our OWN stories…that we're not as deserving of marketing…that you're not taking anyone's spot…that is some top shelf bullshit."

Which is why I am writing a sequel to The Year of Ice, my gay coming-of-age novel set in 1978 Minneapolis and published by St. Martin's Press in 2002. During my self-financed book tour, I heard a common concern from many gay men, lesbians (our hard-core allies during the AIDS wars), and straight people regarding Kevin's future. By book's end, I suggest he'll move to New York, which, as we all know, would become an epicenter of the pandemic. Many assumed Kevin died of AIDS.

The sequel takes place ten years after The Year Of Ice, and is set in Alphabet City and Minneapolis. Kevin is again the book's narrator, telling a story about AIDS and a lost generation of gay men, and about how gay men and lesbians of his generation changed America.

I still believe that writers can write whatever they want, and at the same time, it's particularly important for the AIDS Generation – like all survivor groups - to write our own stories because we lived them. Rebecca Makkai and Helene Dunbar did not. I haven't read their books – I'm sure they did a good job with their subject. But they didn't live it. I know that sounds like an attack, but it's not. It's simply the truth.

Finally, rather than write an AIDS novel with new characters, I decided to revisit characters some readers know from before AIDS. Knowing who characters were before AIDS is important to me, because my generation had many of the same dreams that today's young people do, but then those dreams became a singular and desperate hope for a treatment that came too late for hundreds of thousands of gay men in this country.

POSTSCRIPT: The stand-alone sequel to The Year of Ice, entitled After Francesco, will be published by John Scognamiglio Books/Kensington in 2021.

Dear Mr. Malloy,
First, let me say THE YEAR OF ICE is one of my favorite books. It was, I think, the first story I read of a gay protagonist my age (currently 58; class of '79). I very much look forward to reading more of Kevin's story.
I stumbled onto your blog in a search for an answer to my own frustration as a gay man writing about gay men. I have been bashed for being unrealistic about two men falling in love in a small Midwest town in the 1980's. As the story continued and became a series, I was bashed for my inclusion of AIDS in the story line. Well, certainly you can't please everyone, but it seems in the current day we gay guys writing about gay guys seem to be tightrope walking between a desire for happy romantic stories and writing realistically about our experiences as gay men at the end of the twentieth century.
I dove back into the writer waters early this year. I'm writing what the hell I want as I don't have any enthusiasm to follow the current trends in gay fiction. Reading your words on this blog was the shot of encouragement I needed to remain true to my muse. Thank you for your words, both fictional and nonfictional.